I know as a lot of you look at our “environment” pictures it may seem a little overwhelming.  I just wanted to show you that our playroom did grow over time… and it still continues to grow/change.
It was not in our budget to just make it the playroom it is today.  I can’t tell you how many times I have switched this room around.
A little history…
We moved from South Florida to NC.  When we first moved here, we moved in with my MIL in her 3 bedroom house.  We had 2 bedrooms to our name. 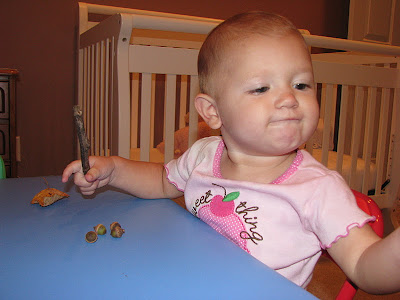 This is my oldest daughter (11 Months) playing at her “art table” in her bedroom at my MIL’s.
Where it all started… 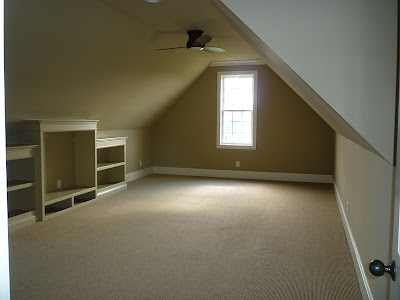 After a move, a new job for my husband, baby #2 due in 2 months, and my MIL’s passing, we moved into our new house.  Yes, we go through changes/challenges, too! 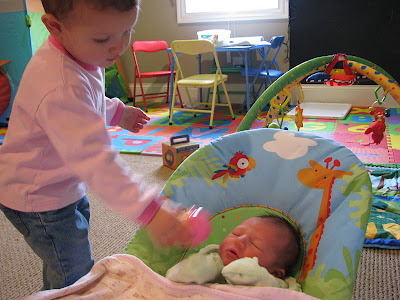 I don’t have a lot of pictures, but as you can see here our art table made it against the wall under the window. 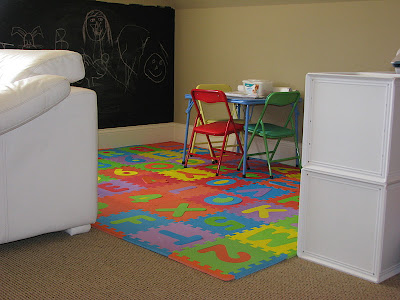 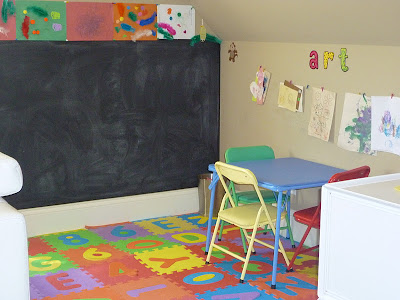 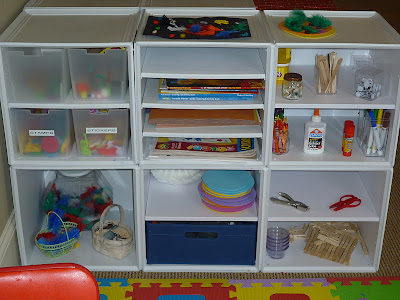 How our art supplies first started off. 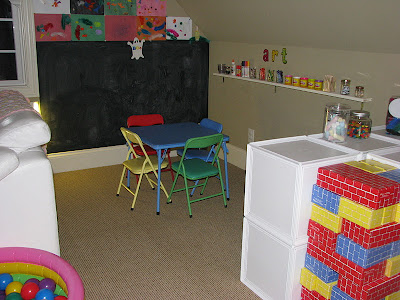 One shelf along the wall was added and we chucked the alphabet letters (it was too busy). 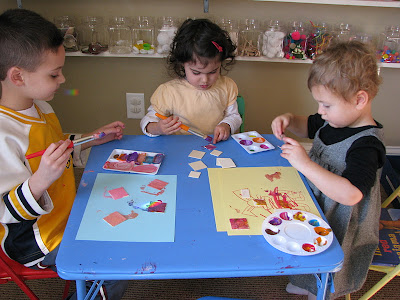 Then we added another row and our dollar tree buckets… as seen in the background. 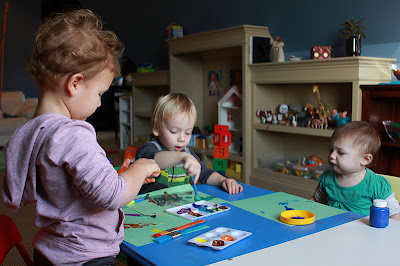 The walls got some color!  The art table moved to the middle of the room for a bit. 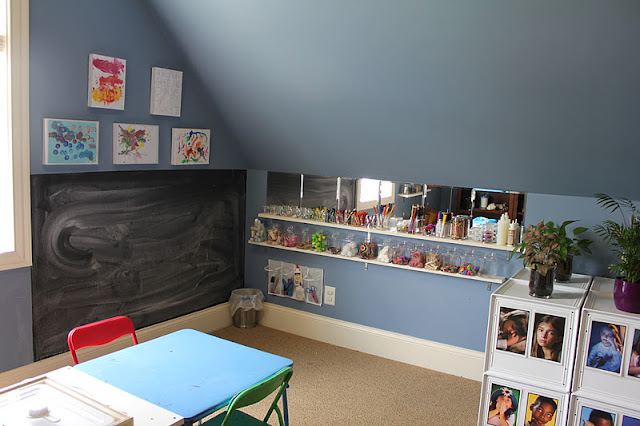 The mirrors and shoe organizer were added.  The finished artwork display also got a facelift.  :-) 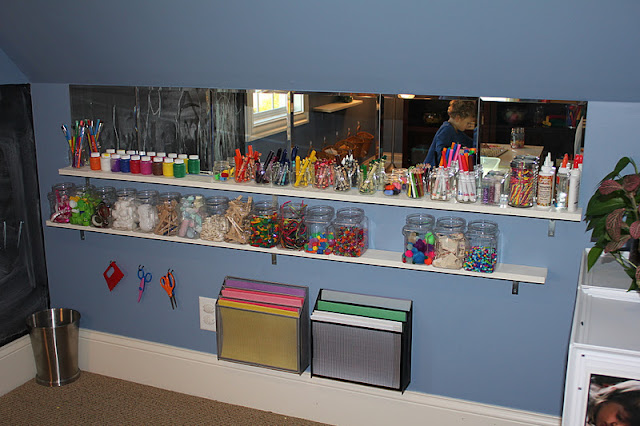 As you can see, it STILL is changing.  The last few months my daughters have been painting a ton.  My oldest has been using the scissors and cutting paper a lot.  I wanted to display the paints/papers/scissors in a different way because of that.  Paints went out on the shelf instead of in the paint box, and the paper and scissors are now on the wall for easier access. 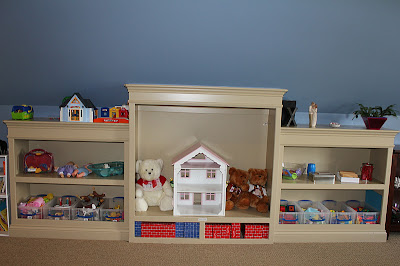 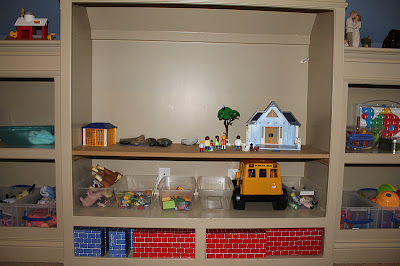 After…
My husband added a shelf into the built-in’s for Playmobil play. 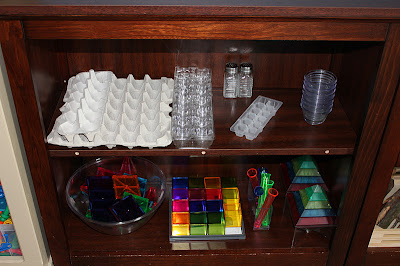 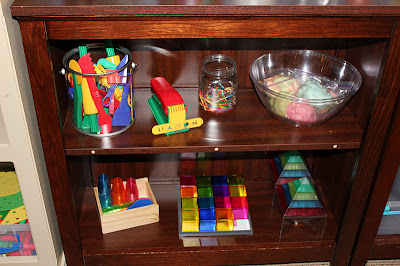 After…
Empty containers were moved to kitchen area since they were used over there the most.  Magna tiles were moved to magnetic white board because my daughters use them to make houses for their magnet girl.  We added a play-doh section for my youngest since it’s one of her favorites right now. 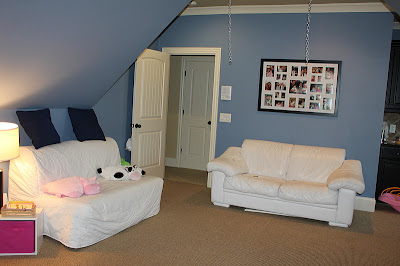 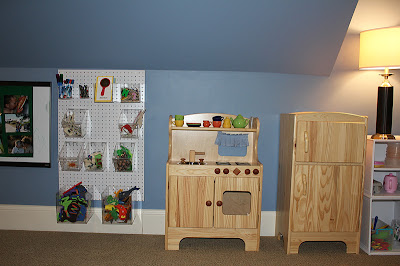 After…
One couch was taken out of the reading area as they seem to migrate to their rooms to read.  Kitchen was added for their dramatic play.  Peg board was added to organize white/felt board materials that get a ton of use.
This is a playroom that has grown over almost 2 YEARS!  I am sure it will change again when baby 3 gets here in 3 weeks.
If you start off little by little (just like we did) you can have an amazing space that works for YOU.
RL

24 Responses to A playroom… that grew over time